Get fresh music recommendations delivered to your inbox every Friday.

The Poets Are Gathering 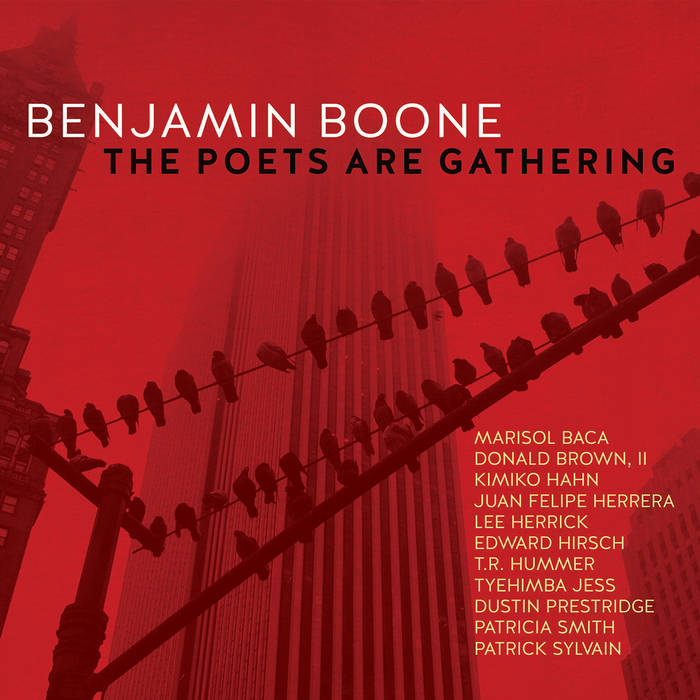 “There are incantations and supplications to be found here. Also: elegies and headlines, howls and mantras, reveries and outbursts. They instruct and affirm. They urge you to dance while offering road maps to reflection. They rouse you from deep slumber and offer solace for your worst nightmares."

“The Poets Are Gathering” is the third in a series of acclaimed recordings from saxophonist/composer Benjamin Boone that integrate the music and poems from some of America's leading jazz musicians and Poet Laureates, Guggenheim fellows and Pulitzer Prize winners. Where "The Poetry of Jazz" volumes offered the voice of the late U.S. Poet Laureate Philip Levine, here, notable contributors include Tyehimba Jess, Juan Felipe Herrera, Patricia Smith, T.R. Hummer, and Edward Hirsch, along with pianist Kenny Werner, guitarist Ben Monder and drummer Ari Hoenig, among many others. This recording possesses a visceral, in-the-moment force as the poetry responds to the roiling, insurgent energies against racism and other societal ills. The themes of immigration, racism, homelessness, poverty, abuse, protests, and war can overwhelm and distress, but through the voices of some of the world's great literary minds there are clues to be found to absorb the blows, summon the spirits, engage the moment and as Tyehimba Jess suggests, “murder the silence” that threatens to immobile us, to keep us away from the reasons to commit, to deal, to hope – and, above all, to imagine.

"Boone knows where the thing called poetry lives, an ocelot among the waters, a sky-shaped Rain God that flares down upon us. He does this with a myriad of instruments, with human breath chiseling and burning through brass and string, reeds and skin and hands and resin."

This collaboration was made possible in part through the generous support of the College of Arts and Humanities Dean’s Council at California State University, Fresno.

Benjamin Boone is an American jazz saxophonist, composer, professor, and U.S. Fulbright Scholar to Ghana (2017-18) and the Republic of Moldova (2006). His Origin Records album THE POETRY OF JAZZ was #3 "Best Album of 2018" in the 83rd Annual Downbeat Readers Poll and featured on NPR's All Things Considered, The Paris Review and many others. Websites: BenjaminBoone.net & OriginArts.com ... more

Bandcamp Daily  your guide to the world of Bandcamp